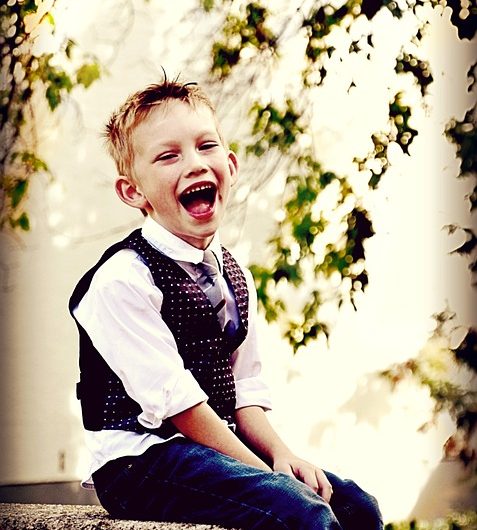 This most commonly affects the sounds s, t, f, d, sh and ch, which are normally produced with the anatomy of the front of the mouth (lips, teeth, tongue, hard palate).

Backing disorders are often classified as types of substitutions because when the pronunciation of sounds is moved to the back of the mouth, a substitute sound is made instead. For example, someone with a backing disorder who attempts to produce a “t” sound may well produce a “k” sound instead.

When Should I Seek Professional Help?

Backing is a very common phonological disorder and will generally clear up on its own as the child gets older. However, if your child’s speech is unintelligible or if he is still backing after the age of 4, obtaining a speech evaluation from a speech language therapist.

The good news about phonological disorders is that they don’t involve any kind of muscular disability – your child has merely picked up a wrong pattern for connecting sounds and must re-learn the correct ones. Children with phonological disorders, like backing, tend to benefit greatly from speech therapy.

While the prospect of therapy might sound daunting, treatment of phonological disorders is often a very straightforward process. Treatment may involve demonstrating how to produce the sound correctly, learning to recognize correct and incorrect sounds, and practicing sounds in different words through repetition.

Why Does Backing Disorder Occur?

Backing disorder usually occurs due to physiological causes or causes specific to the individual. Physiological causes are those pertain to the physiology of the mouth or throat, such as that the tongue is abnormally large, the tonsils are enlarged, the neck is uncommonly short or the pharyngeal dimensions are decreased. Causes specific to the individual can include that children simply enjoy the vibrations made from producing sounds at the back of the mouth, or that it is easier for an individual to make such sounds.

How is Backing Disorder Treated?

Backing disorder can be easily diagnosed by a speech therapist who will be able to set forth appropriate treatment recommendations including home speech exercises. Parents can also work on problem sounds with their children simply by paying attention to speech, sounds and language while singing songs, saying silly rhymes and reading books together. Parents might also make a point of modelling correct speech sounds by showing their children how they correctly pronounce sounds with the front of their mouths. This also allows parents to exaggerate specific sounds and connect them to words, such as connecting a chair to the “ch” sound. Remember, speech therapy might only be an hour or two and not even every week, but parents can be involved in their children’s speech development every day.

If elevating the tongue tip is no problem then it is just a matter of placement. Try stimulating the gums behind the front teeth (the alveolar ridge), and the tongue tip with a small toothbrush, then tell the child to place the tongue tip behind his front teeth. Once the tongue is in place have him try to imitate a /t/ or /d/ sound all by itself. This should produce the sounds.

If raising the tongue tip is difficult I like to use something tasty to provide a little incentive to get that tongue tip up. That something tasty might be putting peanut butter, pudding or marshmellow cream on the alveolar ridge, which is right behind the front teeth. Then have the child raise the tongue tip to lick the food off. Once the tongue tip is in place have them try to say the /t/ or /d/ sounds. You might say, “Make the sound of a clock, t-t-t-t-t-t.” This has been a very successful technique in therapy with the kids I work with.

Another good way to exercise that tongue tip elevation is to have the child hold a cheerio, or smartie on the alveolar ridge with his/her tongue tip. Play a game where they hold it up while you count to 10 then they can eat it. This typically works well with children who are 4yrs. of age and older.

Move the /t/ and /d/ Sounds Into Syllables

Once your child can produce a good /t/ or /d/ sound all by itself it is time to move it into syllables. For example practice saying, ta, toe, tea, tai, tay, too, tu or at, ate, eat, ite, ot or atto, etta, ittu, auto, utta

Move the /t/ and /d/ Sounds Into Words

Move the /t/ and /d/ Sounds Into Sentences

If your child can say the /t/ and /d/ sounds at the end of words then practice the final /t/ or /d/ sounds in sentences. For example for the /t/ sound try, The _________ is hot. Again filling in the blank with the final /t/ words you practiced.

Move the /t/ and /d/ Sounds into Stories

Move the /t/ and /d/ Sounds into Conversation

These suggestions should help your child move in the right direction for the production of the /t/ and /d/ sounds. Good luck with these steps, and remember to be patient. Your child will get this, it’s only a matter of time! I would love to hear your success stories with these or any other sounds you’ve been working on.

Help your child use two or more words