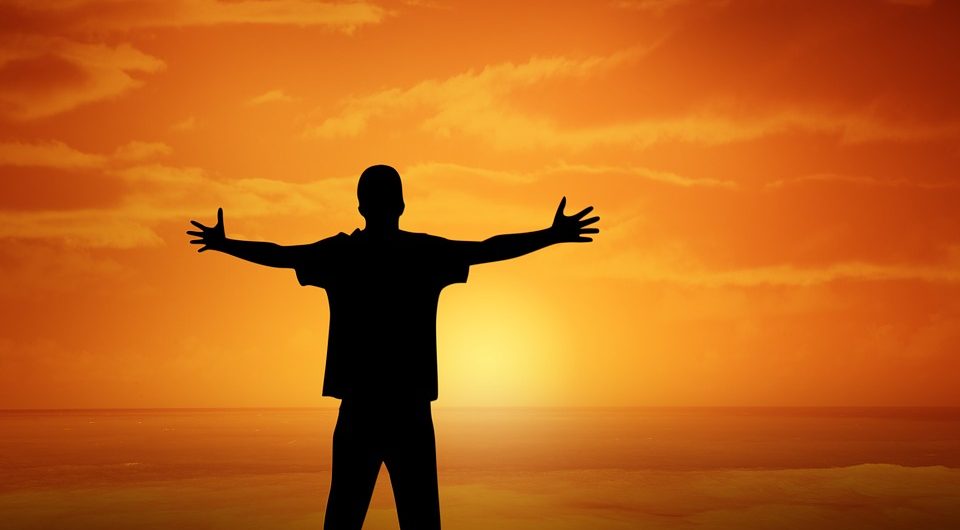 As a specialist in Selective Mutism, I meet so many people during training events, parent support evening etc. Today I would like to share the real story of a man who lived his life being Selectively Mute, but challenged his belief to become free from this.

The story contains many key aspects that nowadays we work on, such as misconceptions like that he would grow out of it, or that he was just shy as well as maintaining factors like speaking on behalf of the child.

For years he wanted to please, but he felt unable to speak. He did not know that he had a phobia. Unfortunately the comments from his teachers and peers left him feeling guilty… but nothing to be guilty of… can we blame someone who is scared of a mouse or anything else? So why doing it with a child who CANNOT speak, rather that WON’T speak.

His account starts from childhood all the way to the adulthood. Many years ago, nobody talked about SM, and therefore there was non support offered. he starts his story by saying:

As a child I couldn’t speak to any adults other than my parents and Grandparents.

As someone who was sensitive to what was expected of me and eager to please, during my first few years of school this was not seen as a problem. In fact, many adults thought it was cute.    As an adult we become familiar with what anxiety feels like but as a child I only know that at school I felt tense and stiff.  I also remember feeling a kind of fuzziness, almost as if I was in a kind of day-dream, half awake;  as if I had shut down so that I could make it through the day.

What did you parents do or think?

Although my mother was aware that I wasn’t speaking she felt that the best thing to do was to not make a big deal out of it.  She thought that it would then become ‘a thing’ and she didn’t’ want it to become ‘a thing.’  I think she thought it was just something I would grow out of in my own time.  A lot of the time my sister and my mother would talk for me.   My mother had the best intentions, but acceptance allowed me to continue to avoid situations where I would have to talk.  It also left me with without a way to understand my feelings or what was happening to me.

At some point though, it stopped being as cute. The expectation for me to talk grew.  At around six my class had an assembly in front of the school and I was expected to say a few lines.  I could only say these lines in a thin whisper.

My teacher couldn’t understand why I would not speak up and in front of the whole class he asked me over and over to say the lines. 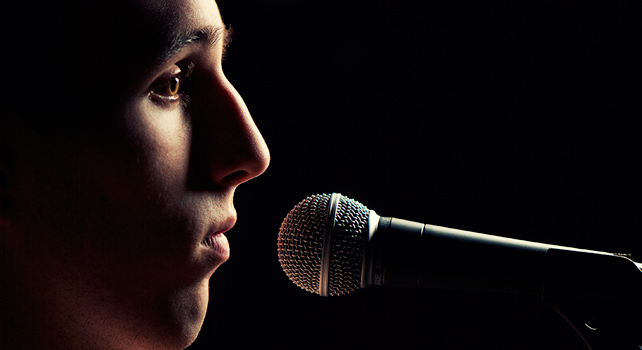 Eventually they found a microphone for me to say my lines into, but even then, nobody could hear me.  This memory will stay with me forever because of how it made me feel.  I knew that the teacher expected me to talk and that I wasn’t able to.

I knew that he was becoming frustrated and annoyed and it felt like he was becoming annoyed with me.   The more frustrated he got, the less I was able to talk. There were many incidents like this and they all affected me deeply. Being a child who wanted to please and do what I was supposed to made it extremely painful when I felt my teachers or other adults becoming annoyed with me.  It made me feel shame.  I felt that there was something wrong with me because I wasn’t able to do this.  Without having an explanation of what was happening for me I accepted other peoples’ –  that I was not trying hard enough;  that it was my fault.

Very early on I developed a sense of shame and a sense of being helpless in certain situations.  I was at my friend’s house and needed the toilet.  In order to get to the toilet, I had to go through the kitchen, where his mother was.   I went down stairs a few times, hoping that she would move somewhere else so that I could go. I waited in the hall outside, but I couldn’t go in because I was too afraid that I would have to talk.   Eventually I wet myself and sat, for the rest of my visit in wet jeans.  I was too embarrassed to tell my mother about this when I got home and so I sat in my wet jeans until they started to dry.

What was a difficult aspect of your SM?

One of the most difficult things was appearing impolite.  A friend’s mother would give me a drink or some food and I couldn’t say thank you. His mother’s boyfriend would drive me back to my house. He would talk to me and ask me questions. I wouldn’t say anything back to him.  A teacher might say, ‘You can’t just bring me the text book and point the question.’  I began to think that people assumed that either I didn’t know what was expected (which I did of course) or that I did but was purposely not doing it.  I worried about this a lot, and it caused me to form ideas about what other people might be thinking.  I began to assume that other people were thinking negative things about me. Mostly though, no pressure was put on me to talk when I didn’t want to. And so I didn’t.

What happened at High School?

At the start of high school moving to a new environment seemed to help and I was able to speak to the teachers, even if it was in a whisper.  I felt proud of what I had achieved and I was beginning to feel more secure with myself at this time.  However, I was very critical towards myself.  My diaries at this time are full of things like ‘I am no good, I must try harder, I am a weirdo, I can’t be myself when this person is around.’ As this self-critical par of myself grew I accepted everything that it said.

In most of the stories that I have read about selective mutism, they show how at home the child is ‘normal’ and able to be boisterous and shout and play etc…  This was definitely true in my case.  I would play instrument and make up songs, singing at the top of my lungs.  I made a new friend at school one day and invited him back to my house.   He was amazed when we got to my house at how I was shouting and bounding around, because this is not what I was like at school.   At 12 or 13, as the self-critical part of me grew, this boisterous part began to fade away.

How was it being a teenager with SM?

My teenage years were particularly difficult.  I was not able to approach a girl I liked, even though she approached me regularly and gradually she stopped trying.  I passively watched as this opportunity slipped away. 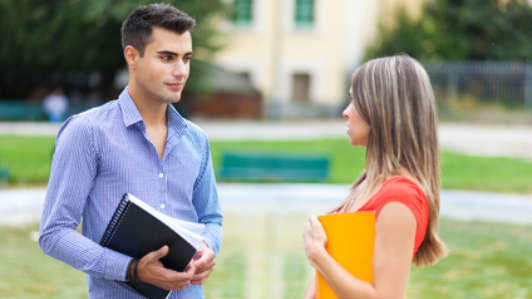 Even though it was all I could think and fantasise about I could not act.  I felt completely powerless.  All of the feelings from before that I hadn’t dealt with returned. It is not that my selective mutism returned (although it never fully went away because I was still only able to talk in a soft whisper in many situations) but rather the effects that this had on my self-esteem and the negative way that I perceived myself caused me to feel hopeless and depressed.

I began to withdraw inside of myself.  I felt like everyone else was going out and having fun and I was missing out.  I knew that I was avoiding things but did not know how to stop or to change.  In Sixth Form College I avoided making friends in the first few weeks and then felt that it was too late. For two years I hardly spoke to anyone.

Thankfully there was another part of me that was growing.   I knew that I did not want to continue to isolate myself and that I wanted to engage with the world.  I set my heart on getting through the year and getting into University, moving 400 miles away from home, and starting afresh.